Thrust roller bearings of SKF include products using cylindrical rollers and products using spherical rollers. Although this type of bearing can only bear axial loads, it has the characteristics of being suitable for bearing heavy loads and high shaft rigidity. Among them, the thrust spherical roller bearing, the center of the roller bulges, has a self-aligning function, so this bearing is not affected by installation errors and shaft deflection. The standard configuration of the retainer is a machined brass product; the E-type product uses a stamped retainer, which has the characteristics of large load capacity.

In order to obtain liquid lubrication, the dynamic pressure bearing must meet the requirement of wedge-shaped gap in structure, so that the oil inlet is large and the oil outlet is small. The formation of the bearing oil film and the amount of oil film pressure are affected by factors such as the speed of the shaft, the viscosity of the lubricating oil, the bearing clearance and the load on the bearing. In general, the higher the speed of the shaft, the greater the viscosity of the oil, the more oil is brought in, the greater the oil film pressure, and the greater the load. However, if the viscosity of the oil is too large, it will cause uneven oil distribution, increase friction loss, and cannot maintain a good lubrication effect. If the bearing clearance is too large, it will be detrimental to the formation of oil film and increase oil consumption. If the bearing clearance is too small, the amount of oil will be insufficient, which cannot meet the requirements of shaft cooling. A certain bearing structure can only bear a considerable load at a certain speed. If the load is too large, the formation of oil film will be very difficult. When the bearing capacity of the bearing is exceeded, the bearing shell will be burned out.

Types and use characteristics of SKF thrust bearings 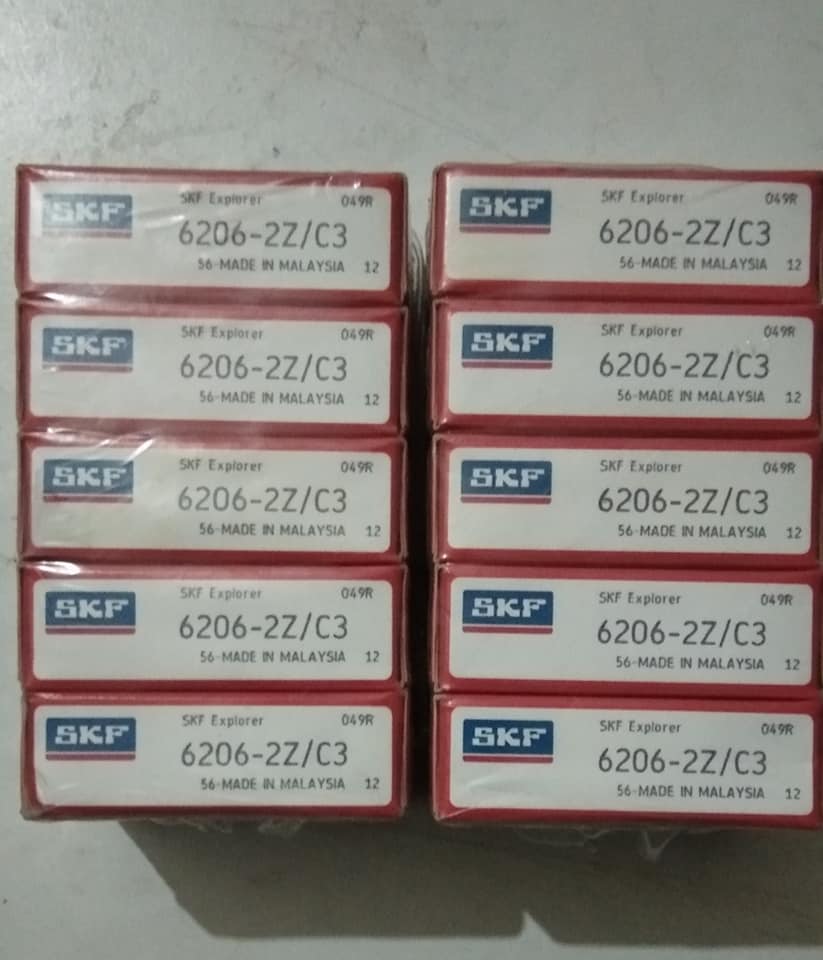 The advantages of Michelle thrust bearings are simple structure and small axial size; the disadvantage is that when the thickness of the pads is slightly different or the parallelism between the bearing base ring and the thrust discs is error, the load between each pad cannot be adjusted, Some tiles are overloaded.

The advantage of the Kingsbury thrust bearing is that the load distribution between the pads is uniform, the adjustment is flexible, and the rotor misalignment and deflection can be automatically compensated. The disadvantage is that the structure is complicated and the axial installation size is long.