1. Analysis of the cause of damage to the support roller bearing

3) Other factors that produce axial force

In addition to the axial force caused by the non-parallel axis, the following factors also produce axial force:

A) The taper of the roll causes the angular velocity of the work roll and the supporting roll to be different at the two ends, which makes the axes cross;

B) The assembly of the archway and the roller seat;

However, these forces have little effect compared to the frictional force generated by the cross-axis of the rollers.KOYO Bearing 5208ZZ online, contact us for more information. 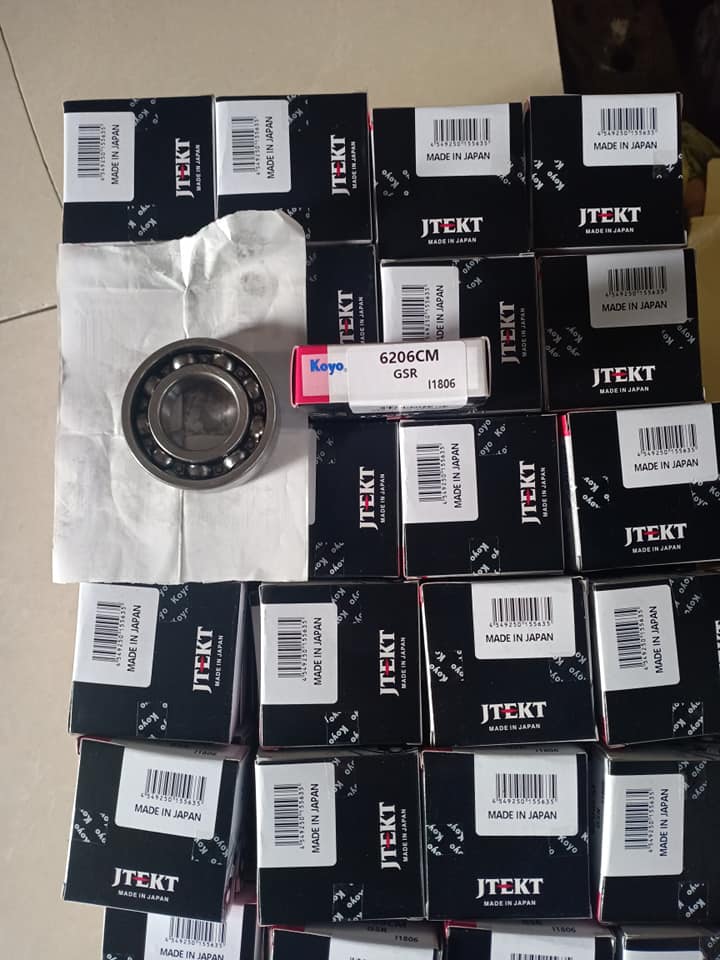 Causes of scratches on the retaining ring and inner ring:

(1) The size design of the retaining ring is unreasonable, and the contact damage during the assembly process;

The surface pits caused by the jamming of solid foreign objects or impacts and the shedding tissue formed by the scratches during installation, which produce indentation and wear under the action of relative sliding friction between bearing parts. Continuous wear will change the size and shape of the parts, increase the matching clearance of the bearing, and deteriorate the topography of the working surface, thus losing the rotation accuracy and making the bearing unable to work normally. The main reasons are excessive load, poor installation (non-linearity), large moment load, and poor sealing.
KOYO Bearing 5308-2RS, click here for more information about it.

3) Analysis of the wear of the support roller bearing

The supporting roller bearing is used for 12-15 days in each cycle, and the cumulative time of online operation is about 5 months per year. The oil is disassembled and inspected every 12 to 16 months, and the load area is rotated. After disassembly and inspection, we found that the wear condition of the bearing is quite different from the wear pattern of bearings used in other occasions. Among them, the bearing No.6 and RZ-1040AA is typical.

There are two main reasons for the abnormal wear of this rolling mill support roller bearing:

(1) The internal clearance of the bearing is too large to reduce the contact angle, the number of rolling elements involved in the load during operation is small, the local contact stress is too large, the bearing capacity is reduced, and the oil film is damaged, and the metal-to-metal contact produces adhesive wear .