During the use of rolling bearings due to their own quality and external conditions, their load-carrying capacity, rotation accuracy and anti-friction performance will change. When the performance index of the bearing is lower than the use requirements and cannot work normally, it is called bearing damage Or failure, once the bearing is damaged or other accidents, there will be various abnormal phenomena such as machine and equipment stalling, damage to functions, etc.

If the bearing is broken, we must first analyze the cause of the failure, and then find a solution. Therefore, it is necessary to investigate and deal with the causes in a short period of time and take corresponding measures. 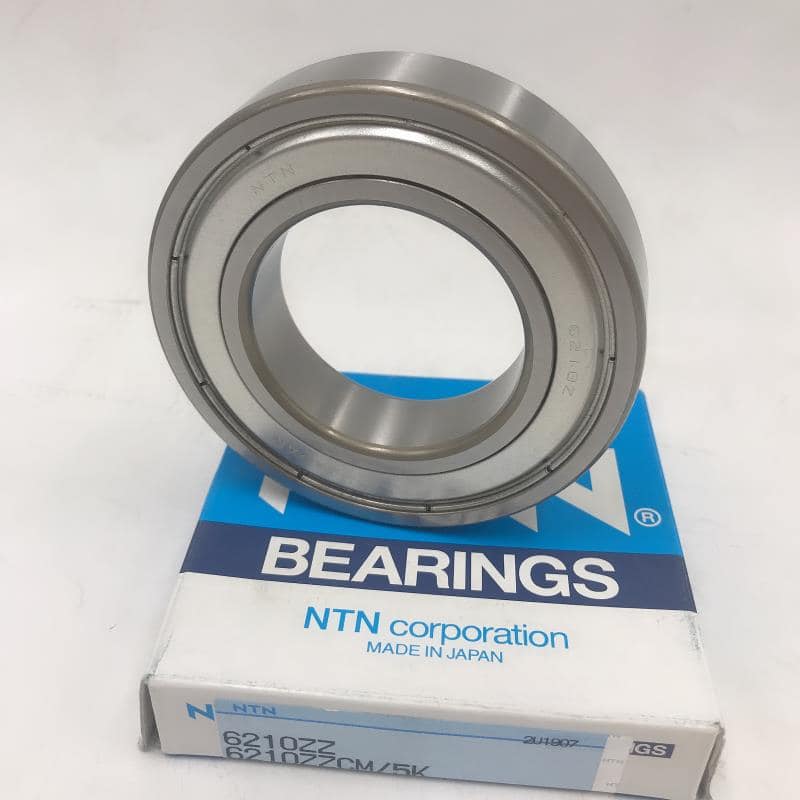 Bearings are wearable parts. As long as they are used, they will definitely be damaged. It only shows up after a certain amount of accumulation. Of course, the damage of rolling bearings is more complicated than that of ordinary mechanical parts. In addition, the damage of rolling bearings is characterized by multiple manifestations and complex reasons. In addition to the internal factors of bearing design and manufacturing, most of the damage of the bearing is due to improper use, such as inappropriate selection, unreasonable support design, improper installation, Caused by external factors such as poor lubrication and poor sealing. The following 8 points are the main factors of bearing damage:

1. Metal corrosion occurs. If there is a lack of lubrication, it is easy to be oxidized by air and rust. To prevent the corrosion of the bearing, do not soak with water. The bearings are made of stainless steel, but they are also afraid of water. When picking up the bearing by hand, thoroughly wash off the sweat from your hands and apply high-quality mineral oil before operation. Pay special attention to rust prevention during the rainy season and summer.

The specific reasons for natural corrosion and wear of bearings are mainly as follows:

②Friction generates heat and wear. When the bearing is working under high speed, heavy load and poor lubrication, high temperature is generated at the peak and valley of the surface due to friction, the hardness and wear resistance of the contact point decrease, and even adhesion and tearing phenomenon occur. This kind of wear is called friction heat wear.

④ Pitting erosion. Gears, bearings and other rolling contact surfaces are periodically subjected to large contact pressures during the relative process. After long-term action, fatigue occurs on the metal surface, causing micro cracks and erosion on the bearing surface. This wear is called pitting wear.

Due to temporary contact with water, acid, alkali, salt and other liquids or harmful gases, corrosion damage: non-moving bearings on the equipment. Damage caused by rust or corrosion is called corrosion damage.

2. The bearing is overloaded or used improperly. When in use, the load of the bearing cannot be exceeded. Like a car, the load may be too heavy and the bearing may be easily damaged. Therefore, trucks have more problems than cars, and it is caused by the failure of many parts.

3. The bearing clearance is too small. The front wheel of the car is a diagonal thrust bearing. It needs to adjust the gap. Too loose will cause abnormal noise, deflection, and wheel shaking. Too tight will accelerate wear. Both are bad. Neither is good. For old bearings, Check whether there are burrs, scratches, or cracks on the surface of the ball. Whether the radial clearance and axial clearance of the old bearing are qualified, generally only the radial clearance is measured. For new bearings, first check whether the bearing model is correct.

5. Reckless driving may also cause damage to car bearings, but this reason is a bit far-fetched. Because if you drive carelessly, other parts will be damaged before the bearings.

7. Foreign body intrusion. Try to use special tools, and try to avoid using cloth and short fibers, so as to prevent fine fibers from entering the bearing and causing unnecessary damage. For another example, when installing the bearing, the staff used the copper rod knock-in method, which easily caused uneven axial force on the bearing, causing deformation of the cage, damage to the rolling elements, and increased clearance, and the copper rod was knocked in the process. The copper powder flies into the bearing cage and easily causes bearing failure.

The bearings sold by Eric Bearings Limited are of excellent quality, and the price is much cheaper than other distributors. The products are exported to more than 50 countries and regions in the world, winning wide acclaim from customers and establishing long-term cooperative relations with them. In order to expand the scope of business, we also hope to establish trade relations with more customers and develop together.