Failure And Analysis Of SKF Bearings

3. Metal peeling off the raceway surface: INA bearing rolling elements and inner and outer ring raceway surfaces are subjected to periodic pulsating loads, resulting in periodic contact stress. When the number of stress cycles reaches a certain value, it will be produced on the working surface of the rolling element or inner and outer ring raceways.

Fatigue and peeling. If the load of SKF bearings is too large, this fatigue will increase. In addition, if the bearing is installed incorrectly and the shaft is bent, the raceway may peel off. Fatigue spalling of the bearing raceway will reduce the running accuracy of the shaft and cause vibration and noise to the mechanism.

4. SKF bearing burn: burnt bearing has tempered color on raceways and rolling elements. The causes of burns are generally insufficient lubrication, the quality of the lubricating oil does not meet the requirements or deterioration, and the SKF bearing assembly is too tight.

5. Plastic deformation: uneven pits appear on the contact surface between the raceway and the roller of SKF bearings, indicating that the bearing has plastic deformation. The reason is that the local stress on the working surface of the bearing exceeds the yield limit of the material under a large static load or impact load. This situation generally occurs on low-speed rotating SKF bearings. 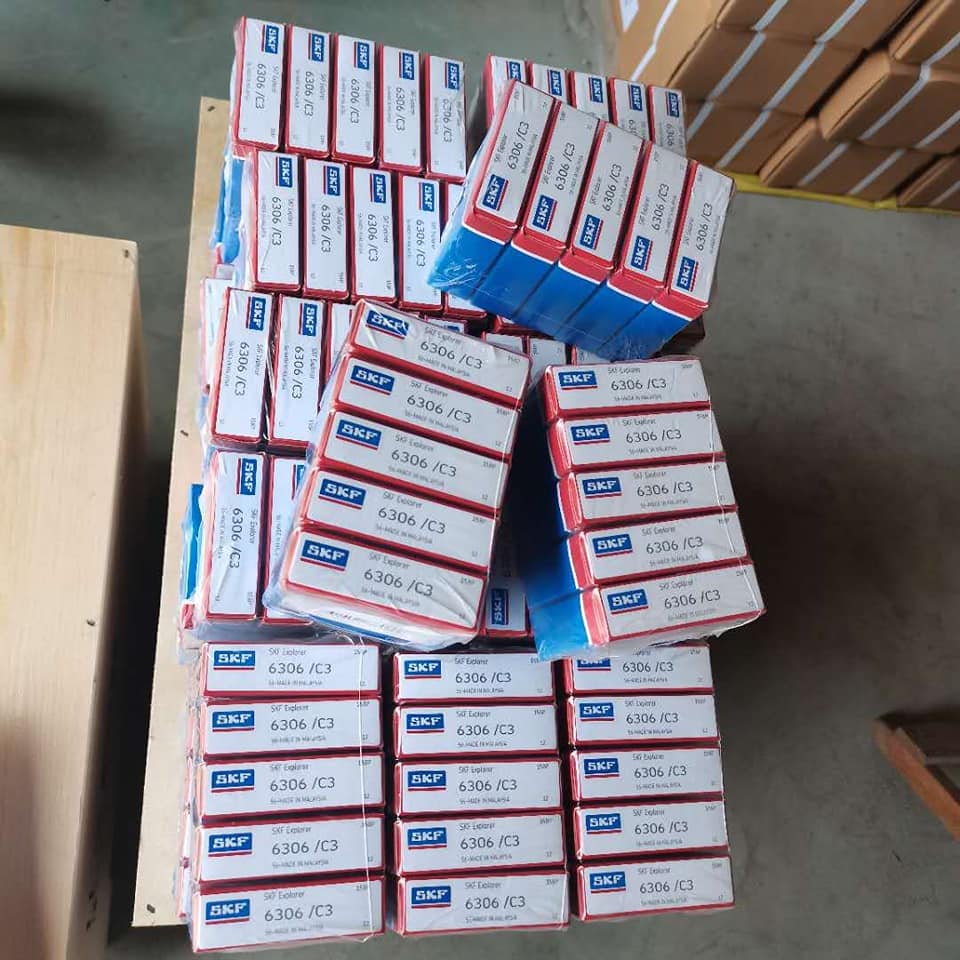 1). The length of the period when the first material fatigue phenomenon occurs in SKF bearings from the beginning of use is related to the speed of the bearing, the size of the load, and the cleanliness of lubrication.

2). Fatigue is the result of the periodic appearance of shear stresses under the load surface. After a period of time, these shear stresses cause small cracks and then gradually extend to the surface. When the rolling elements pass through these cracks, there will be some The cracks fall off, forming the so-called "skinning phenomenon", and then as the peeling situation continues to expand, the bearing is damaged and cannot be used.

3). The above is the description of SKF imported bearing fatigue. It originally occurred below the surface. Although the initial peeling condition is usually very slight, as the stress increases and the cracks increase, the peeling area spreads. The destruction situation usually lasts for a long period of time, and the obvious stage is when noise and vibration increase.

4). At the initial stage of damage to the bicycle bearing, it may only be difficult to feel when rotating, and later, it is found that there is a pitting sensation when rotating, and the pitting sensation appears in the first stage, the bearing is not unusable, but every time the beads are advanced Both the axle bowl and the axle gear have greater wear and more serious damage. Because the bicycle is a low-speed and high-extreme-pressure type of bearing, even if the surface peeling phenomenon is serious, it is not unusable, but invisible and silent. It consumes your power, and you may just feel that the car does not know why it is not riding smoothly.

5). Therefore, before the SKF imported bearing is completely destroyed, it provides users with enough time to find out. Don't ignore the existence of this kind of friction. It will reduce the riding speed and make the long-distance physical strength consumption greater and slower.

If the roughness of the surface is fine, if the lubricating oil film has an appropriate thickness, the probability of surface stress generation is quite low, which is why it is necessary to select a suitable oil for lubrication. However, if the pressure load exceeds If the pu value of the oil film (fatigue load limit value, such as too high speed, too high pressure impact), the fatigue of the material will come sooner or later.