1. In the selection stage of SKF bearings. Many factors need to be considered (for example: load, hardness, operating environment, etc.). A good SKF bearing design will first enable SKF bearings to reach their maximum life value.

2. Correct storage. SKF bearings should be stored in their original packaging before installation. Need to stay in a clean, moisture-free, relatively constant temperature environment. Rolling bearings should be kept away from dust, water and corrosive chemicals. Shake and vibration may permanently destroy the mechanical properties of SKF bearings, so vibration should be avoided during handling and storage.

Generally, SKF bearings should be stored horizontally. Some heavier SKF bearings will be deformed due to their own weight after being placed vertically for a long time!

Also, grease-coated (or sealed) SKF bearings need to be especially careful, because the density of the grease will change after a long period of storage. When SKF bearings are used for the first time, there will be a certain degree of rotating noise. Therefore, the shelving time of this type of INA imported bearings should be controlled according to the principle of first in, first out!

3. Clean. It is very important for rolling bearings. The rotating surface of the SKF bearing ring is very smooth and very sensitive to damage caused by contaminants. Particle impurities will be excessively crushed by the rolling elements and generate local pressure in the bearing, which will eventually lead to permanent material fatigue.

But in the maintenance or replacement work, the environment is diverse! I suggest that you read the relevant drawings, maintenance manuals, and product manuals carefully. The components of SKF bearings should also be kept absolutely clean!

5. Install and disassemble carefully. I have talked about the installation of SKF bearings many times before (if you have similar problems, here are some articles on SKF bearing installation), once again briefly summarize:

b) Do not use any hard tools (such as hammers, screwdrivers, etc., I have seen too many "hard" installations with these two tools, too strong) directly on the surface of the SKF bearing, which will cause the fracture of the SKF bearing ring or broken.

c) generally SKF bearings will not be removed from the equipment, only larger bearings will be removed for preventive maintenance. During the disassembly process, the correct tools should be used first to ensure that the adjacent parts are not damaged!

6. Correct and appropriate lubrication. Lubricant can isolate the surface of SKF bearing, thereby reducing friction, protecting metal parts and preventing pollution and impurities. There are a variety of greases available for different operating conditions.
Welcome to visit our website to buy SKF Bearing 6306-2Z. 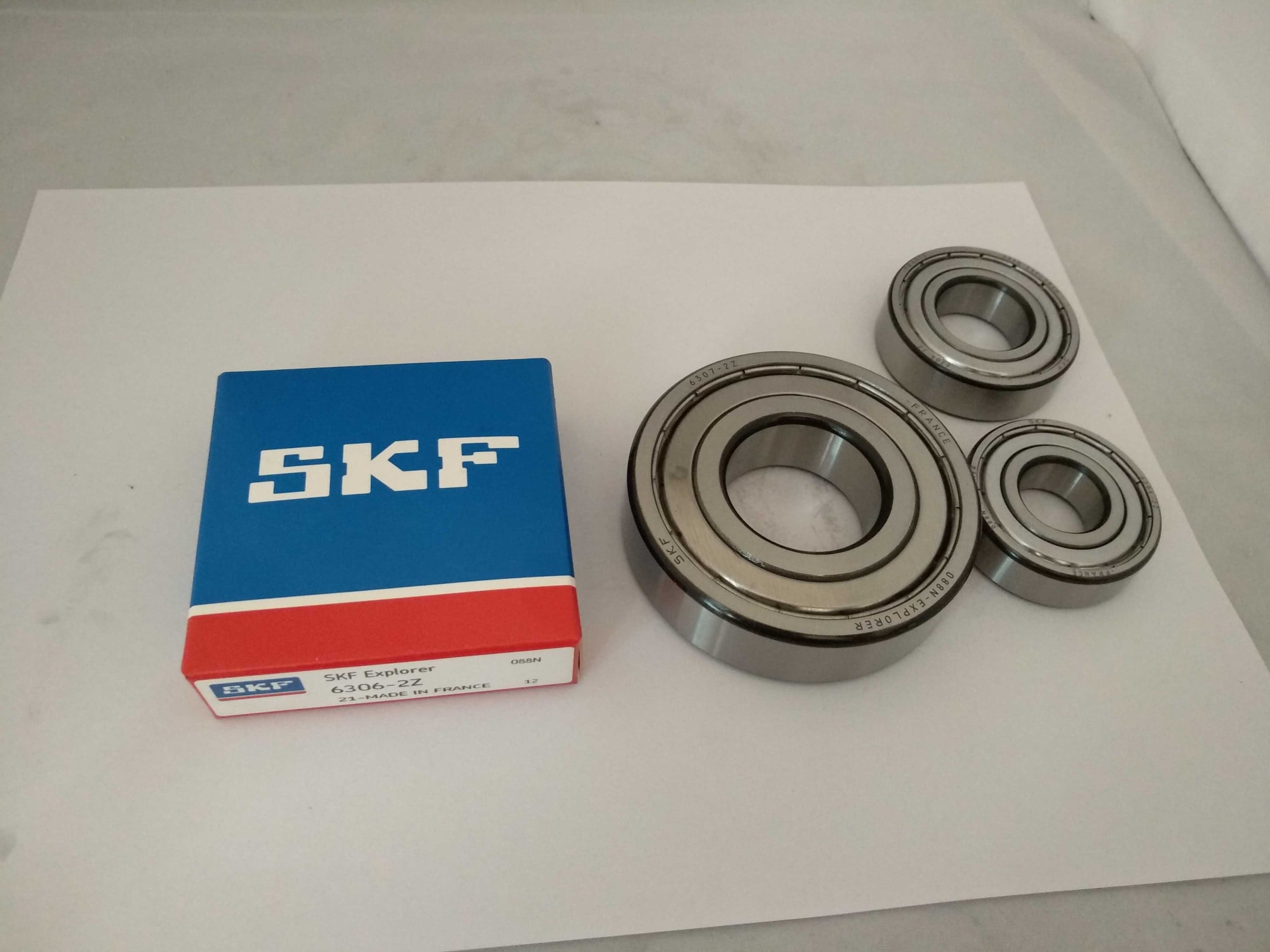