A plain bearing, also known as a bushing, is a mechanical element used to reduce friction between rotating shafts and stationary support members. Typically, a bushing relies on soft metal or plastic and an oil film to support the rotating shaft on the hardened shaft journal. Plain bearings are used primarily in machinery that has a rotating or a sliding shaft component. Also called a journal bearing, sleeve bearings, or sliding bearings, plain bearings have no rolling elements. Some are made of relatively soft metal, such as Babbit, to protect the shaft journals. They are made of other materials as well, depending on the application and load requirements. Other bushings may be used for alignment jigs in drilling operations.

A common application of journal bearings is in supporting an engine crankshaft such as the one shown at right. The highly polished surfaces of the forging shown are the journals of both the main bearings and the connecting rod bearings. The main bearings themselves seat in the crankcase. The main bearings are made as lower and upper shells. They are installed into machined portions of the crankcase casting, as is being done in the photo at left. Main engine bearings operate mostly in what’s called the hydrodynamic regime, meaning that under normal conditions the journals and bearings are separated by an oil wedge formed as the shaft rotates. Oil is pumped into the bearing through feed holes that distribute oil to the main and connecting rod bearings. Journal bearings are used in large industrial turbo-machines such as compressors and turbines. Many bearings in this service are hydrostatic, meaning that the shaft can be supported by an oil film even when not rotating. Sometimes the bearings are segmented, as shown at right, and sometimes the bearings can tilt to suppress a phenomena know as shaft whirl or whip. A common form of the tilting pad bearing is used as a thrust bearing on large turbomachines. Generally, the surfaces of such bearings are babbitt-lined. Babbitt is a relatively soft white metal which supports fluid film lubrication while providing a forgiving surface if contacted by the hardened shaft journal. Automotive engine bearings are often bronze lined. Journal bearings in these large sizes are often split designs similar to engine main bearings which permit removal of large rotors for maintenance.

Although similar in principle to hydrodynamic and babbitted journal bearings, sleeve bearings are also used for linear motion with nearly the frequency they are used for rotary motion. The terms “bearing” and “bushing” are used interchangeably to describe these machine elements. And while hydrodynamic and babbitted journal bearings often connote a fairly elaborate system with lubrication systems and so forth, sleeve bearings can be relatively simple pressed-in devices used for a host of applications from guidepost bushings to caster bearings. Sleeve bearings are often made of bearing bronze either sintered or cast and sometimes filled with plugs of lubricant such as graphite as with the bearings at left. Various plastics are also popular for sleeve bearings. Sleeve bearings are offered in two primary styles, a plain cylindrical version which is pressed flush into a component, and a flanged style which stands proud of the component into which it is pressed and provides a bearing surface for axial loads. Some manufacturers refer to the former type as “sleeve” bearings and the latter type as “flanged” bearings. 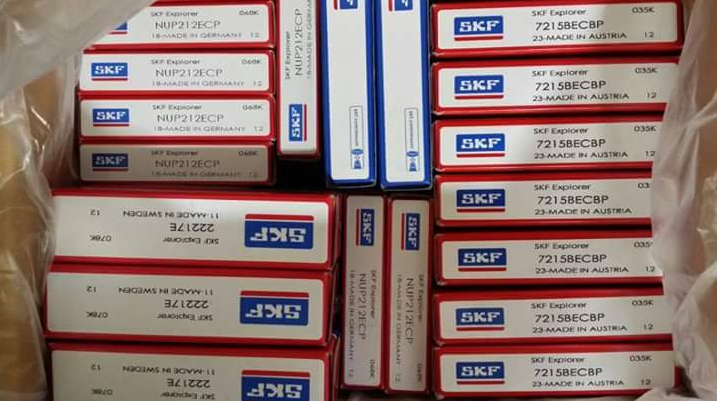 Spherical bearings allow angular rotation between linkages, control arms, etc. They are distinct from spherical roller bearings, which are rolling element bearings addressed in the family Bearings. Generally, for spherical bearings, the spherical inner race rotates angularly within limits in the outer race while grease, PTFE, etc. provides a lubricating layer between sliding surfaces. In very demanding applications such as aerospace control linkages, small bearing balls roll between the inner and outer races, making for very low friction motion. Spherical bearings are not intended to handle rotation per se, though often as linkages move through their range the connected parts rotate and move angularly with respect to each other. Perhaps the most common application of spherical bearing is in rod ends.

Drill jig bushings provide drill guidance during precision metal drilling operations and are ordinarily available as press-fit single parts or as two-piece renewable components that use replaceable liners. Bushings of this kind serve more for guidance than support and are often made from harder steels than bushings designed to function as bearings. They are usually very tightly toleranced to maintain the accuracy needed for machining operations.

Unlike rolling element bearings which are designed with finite lives in mind, plain bearings relying on full fluid lubrication are theoretically capable of running indefinitely and are used in very critical applications where a bearings failure might have severe consequences. Examples include many of the dozens of kinds of turbomachines, such as power plant steam turbines, compressors operating in critical pipeline applications, etc. Plain bearings are also frequently used in low-speed shafting application such as ship propeller shafts. As mentioned, they are used almost exclusively in engines. Plain bearings also excel at the other end of the spectrum due to their low costs and simplicity and are also well suited to intermittent motion applications and, of course, to linear motion. For these bearings, materials play a wide role and can range from sintered bronze impregnated with oil to thermoplastic designs capable of running dry with the use of embedded lubricants. The latter are frequently applied in food processing where lubricants must be kept out of foods. Plain bearings are often cast in bronze or pressed in powdered metal and impregnated with oil that provides film lubrication. Plastic bearings in nylon, PTFE, Vespel, etc. are available where the strength and performance of metal bearings are not needed.

We have enough stock for SKF Bearings 22224 E, click here for more information. 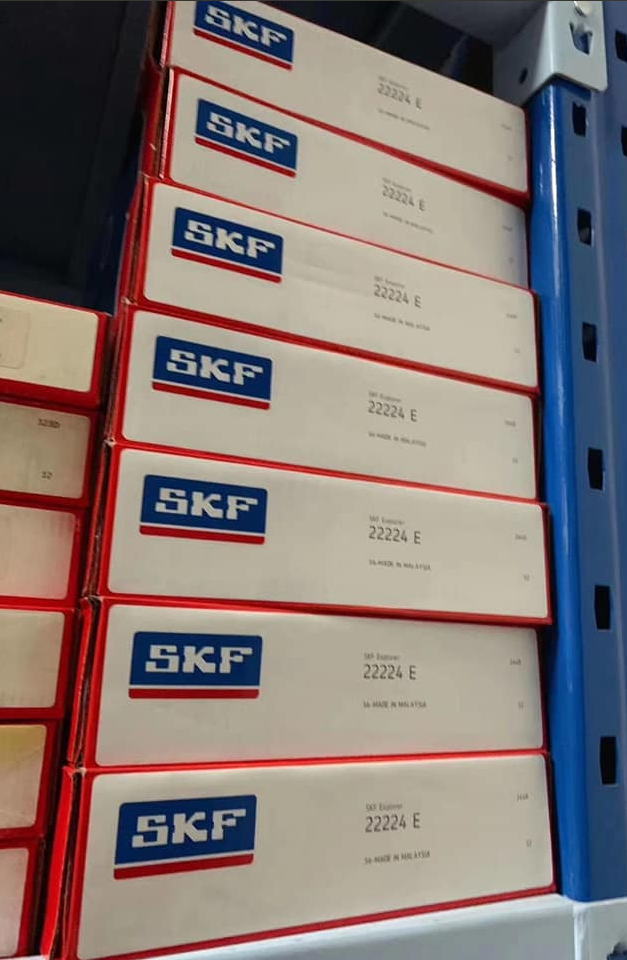 Eric Bearing Limited has sufficient stock of major brands of bearings. Our products are exported to more than 50 countries and regions in the world. Customers who have bought our products are very satisfied and established a long-term cooperative relationship with us.