Applications and Industries of SKF Bearings

SKF Bearing applications span across virtually every industry which employs moving components and equipment. For example:

Ball and Roller Bearings are used in machinery of all kinds, from boiler feed pumps to automotive transmissions.

Mounted bearings are especially common on conveyors, in shaft linkages, and particularly where long lengths of shafting must be supported by housed units where the bearing is not protected by another housing such as a transmission case.

Linear bearings are used exclusively in linear applications such as slide tables.

Slide bearings are used primarily for load-bearing application in large civil engineering projects such as bridges where they accommodate a limited range of movement, unlike the other bearings here, where motion—either radial or linear—is the main concern.

Jewel bearings are restricted to very small devices and movements and do not rely on any rolling elements.

Frictionless bearings are any of the other special-purpose designs that include air bearings, magnetic bearings, etc.

While bearings are used nearly everywhere, there are some industries that use so many or have specific requirements for durability, cleanliness, etc. that they warrant mentioning here. Some of these industries are:

While bearings are used nearly everywhere, there are some industries that use so many or have specific requirements for durability, cleanliness, etc. that they warrant mentioning here. Some of these industries are:Aerospace, Agricultural, Automotive, Machine Tools, Medical, Mining. 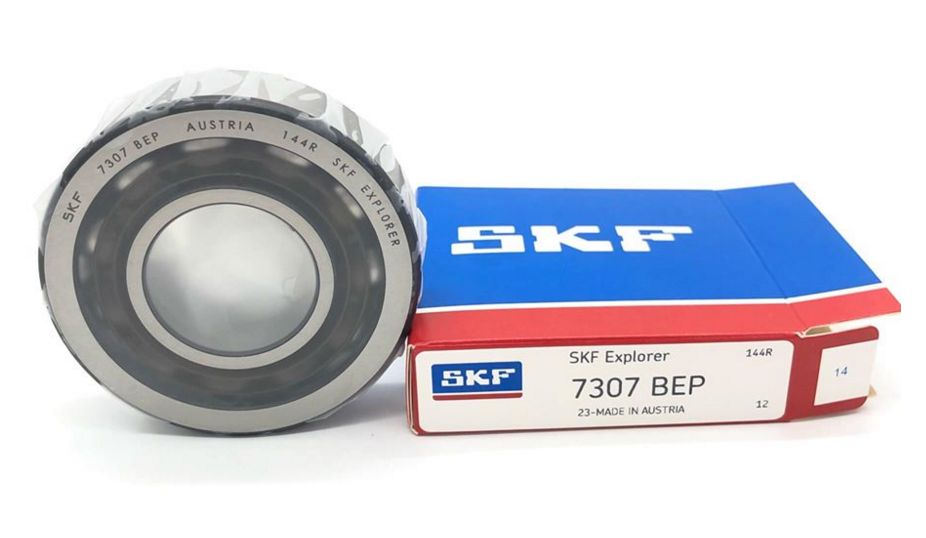 When selecting a bearing for a particular application, there are several considerations to keep in mind, including bearing friction, temperature, and lubrication. Along with the specific design and construction of the bearing, these three interacting factors can affect the overall performance.

Radial ball bearings are used primarily for radially loaded shafts and those with light axial loads. Angular contact ball bearings are designed to take higher axial loads in one direction in addition to their radial capacities. Ball thrust bearings are available which are specifically intended to take axial loads alone. The most common configuration for radial ball bearings is the single row version, which could be shielded or sealed depending on whether it is to be used within a housed area—a transmission, say—or in an exposed environment such as on a bicycle wheel. The seals and shields keep lubricant in the bearing and dirt and debris out of it. Ball bearings are usually fitted with retainers which space the balls evenly between and around the perimeters of their outer and inner races. Full capacity bearings dispense with retainers in order to fill as many balls as possible between the races, adding to the bearing’s load handling capacity.

Roller bearings employ a host of different shapes for their rolling elements, including straight rollers, needle rollers, tapered rollers, spherical rollers, etc. Roller bearings are able to take higher radial loads than their ball bearing counterparts due to the higher contact area between the rollers and the races. Some roller bearings are designed to take high thrust loads using tapered elements and races.

Mounted bearings are ball, roller, or sleeve bearings which are furnished in housings, flanges, etc. and usually installed with seals and/or shields for environmental protection. Common mounting styles include pillow blocks, flanges, take-ups, etc. They are often used on conveyors where take-up assemblies provide adjustment for conveyor belt tension.

In selecting rolling element bearings, either ball or roller or as mounted units, designers usually consider a number of factors including loads, both their quantities and directions, the accuracy requirements of the shaft system, misalignment factors, speeds, noise, and friction. Where radial loads are high, a designer may opt for a roller bearing over a ball bearing and might do the same where high axial loads are anticipated. Where the bearing needs to be able to accommodate some shaft misalignment, the designer may elect a ball bearing where loads are normal or go to a spherical roller bearing which is also very capable of handling misalignment. Ball bearings tend to be better at handling high speeds than roller bearings, and in some cases where accuracy and low friction are paramount, such as machine tools, a ball bearing may be the only way of meeting the requirements.

Of particular interest in considering bearings are their static and dynamic load ratings. Bearing that are subject to high loads when they are not rotating can undergo a phenomenon known as brinelling, where the balls dent the races in the same place repeatedly. The same loads applied to the bearing when running may cause less concern because any indentations will distribute around the bearing races and not pile up in the same spots each time. 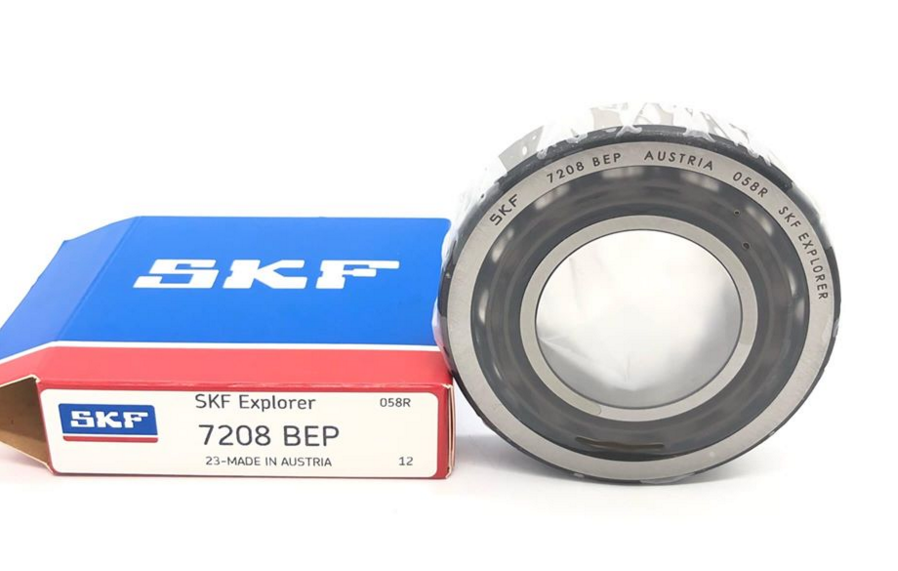 Bearing makers list bearing rated capacities for their bearings, which for ball bearings are identified as extra-light, light-, medium-duty, and so on, where the dimensions of the bore or shaft requirements increase to accommodate increasing loads. The rated capacity is based on a statistical measure which states that a certain percentage of bearings will complete a stated number of revolutions without failing. These catalog numbers can be massaged to better pick the bearing suited to the actual conditions of use.

Linear bearings are sized according to linear travel, total linear distance, load, precision requirements, etc., with many parameters being analogous to the radial bearing considerations. Linear bearings are used with ground shafting for dimensional accuracy and low-friction sliding.

Slide bearings are used to accommodate expansion and contraction in stationary structures such as bridges and building. Often they consist of two Teflon plates which are sandwich between major structural members. Sometimes stainless steel is used instead of Teflon for one of the two facing bearing surfaces. Of principal concern with slide bearings is the force per unit area they can withstand.

Frictionless bearings are bearings that use air or other gases or magnetic fields to support rotating journals and are so-called to distinguish them from anti-friction bearings—another term for rolling element bearings, which in itself was coined to distinguish these from original journal bearings which used friction developed through shaft rotation to create films of fluid for supporting shaft journals.

Frictionless bearings represent a small slice of the bearing world and are usually applied only in very rare situations.

Eric Bearing Limited has enough stock of Bearings of major brands. If you have any questions, feel free to contact us any time.We will help you and solve problems.