SKF deep groove ball bearings have a variety of sealing structures. According to the different sealing materials, they are mainly divided into two types: rubber sealing ring and dust cover (standard iron cover): according to different sealing arrangements, they can be divided into contact sealing and non-contact Type seal. For sealed deep groove ball bearings such as motorcycles, home appliances motors, luxury ceiling fans, etc., the basic sealing structures commonly used at present mainly include the following five forms. The first to fourth sealing structures use rubber seals, and the fifth type uses dust caps. 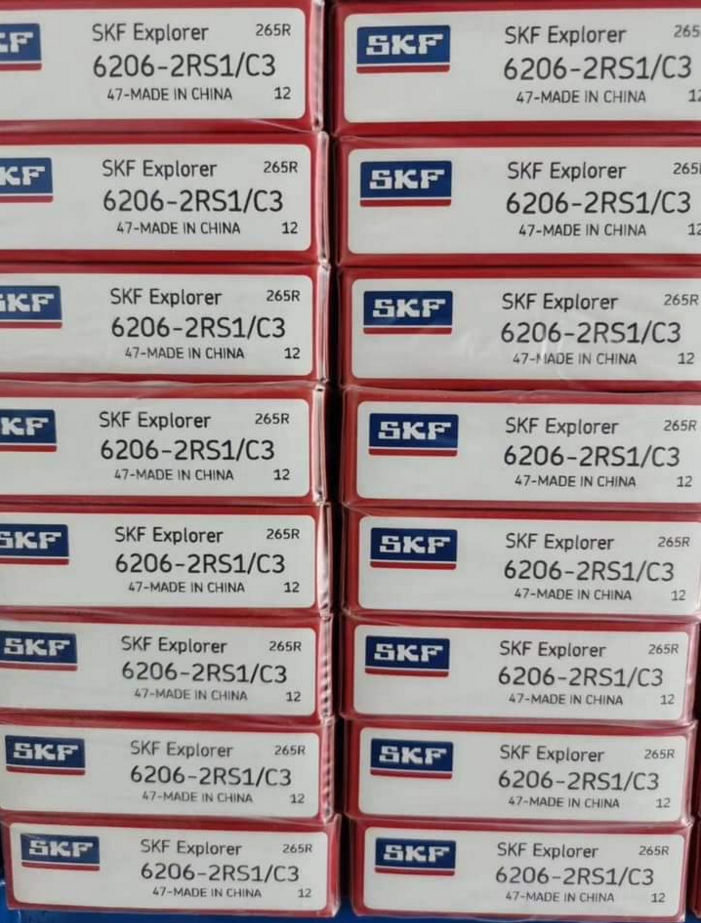 This sealing method has both the sealing advantages of the first structure and the sealing advantages of the second structure, so the sealing effect is better. However, due to current processing conditions and production costs, it is difficult for both lips to achieve an ideal contact and sealing state at the same time. Therefore, it is generally ensured that the radial direction has a better contact state, and the axial direction allows non-contact state. If you consider the sealing effect of the outer lip of the sealing ring, it can also be called a three-lip or multi-lip seal. Since this structure requires high processing precision of the sealing ring and the sealing groove of the ferrule, and high production cost, it has not been widely adopted. With the continuous development of sealing ring and ferrule processing technology and the continuous improvement of processing quality, the multi-lip seal structure will be the development direction of bearing high sealing performance. For example, for precision low-pitched automotive bearings produced by some domestic bearing manufacturers, the sealing groove is ground with a shaped grinding wheel, which greatly improves the processing accuracy of the sealing groove and the accuracy of matching with the sealing ring, so that the sealing performance of the bearing The quality of vibration and noise has been significantly improved.

Compared with the first groove contact sealing structure, the sealing effect is worse, and it is especially not suitable for sealing against oil leakage and waterproofing. However, the advantage is that the processing accuracy requirements for the sealing ring and the sealing groove of the ferrule are not as high as those required by the first structure, so it has a greater advantage in terms of production cost control.