"Many failures of machinery are related to the rolling bearings in rotation. The operation of the bearings has a great impact on the working state of the machinery. Its defects will cause abnormal vibration and noise of the equipment, and even damage the equipment in severe cases.

Many mechanical failures are related to the rolling bearings in rotation. The quality of the bearings has a great impact on the working state of the machinery. Its defects can cause abnormal vibration and noise in the equipment, and even damage the equipment in severe cases. The correct condition monitoring and diagnosis of rolling bearings is an important aspect of equipment optimization management and predictive maintenance of modern enterprises.

The first stage is the budding stage where the bearing begins to fail. At this time, the temperature is normal, the noise is normal, the total amount of vibration speed and frequency spectrum are normal, but the total amount of peak energy and frequency spectrum have signs, reflecting the initial stage of bearing failure. At this time, the real bearing failure frequency appears in the ultrasonic section about 20-60khz range.

In the third stage, the temperature rises slightly, noise can be heard by the ear, the total amount of vibration speed increases greatly, and the bearing fault frequency and its harmonics and sidebands are clearly visible on the vibration speed spectrum, and the noise level is obvious on the vibration speed spectrum With the increase, the total amount of peak energy becomes larger than the second stage, and the spectrum becomes more prominent. At this time, the frequency of bearing failure appears in the range of about 0-1khz. It is recommended to replace the bearing at the later stage of the third stage, then the rolling bearing failure characteristics such as wear that can be seen by the naked eye should already appear.

In the fourth stage, the temperature increased significantly, the noise intensity changed significantly, the total vibration speed and vibration displacement increased significantly, and the bearing failure frequency on the vibration speed spectrum began to disappear and was replaced by a larger random broadband high-frequency noise level; The total amount of peak energy increases rapidly, and some unstable changes may occur. Never allow bearings to operate in the fourth stage of failure development, otherwise catastrophic damage may occur.
Click here for more details about SKF Bearing 2211 E-2RS1KTN9. 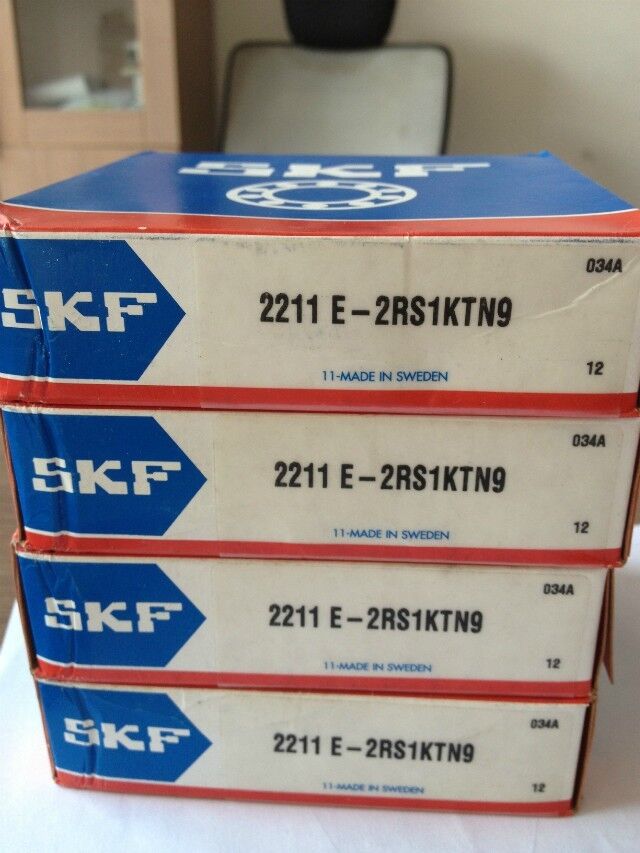