Factors That Determine The Quality Of KOYO Bearings

The metallurgical quality of the bearing material used to be the main factor affecting the early failure of KOYO bearings. With the progress of metallurgical technology (such as vacuum degassing of bearing steel, etc.), the quality of raw materials has been improved. The proportion of raw material quality factors in bearing failure analysis has dropped significantly, but it is still one of the main factors affecting bearing failure. The proper selection of materials is still a factor that must be considered in bearing failure analysis.

The manufacture of bearings generally involves multiple processing procedures such as forging, heat treatment, turning, grinding and assembly. The rationality, advancement and stability of each processing technology will also affect the life of the bearing. Among them, the heat treatment and grinding processes that affect the quality of the finished bearing are often more directly related to the failure of the bearing. In recent years, the research on the deteriorating layer of the bearing working surface shows that the grinding process is closely related to the bearing surface quality.

The main task of bearing service life analysis is to find out the main factors causing bearing failure based on a large number of background materials, analysis data and failure modes, so that targeted improvement measures can be proposed to extend the service life of the bearing and avoid sudden occurrence of the bearing. Early failure of sex. 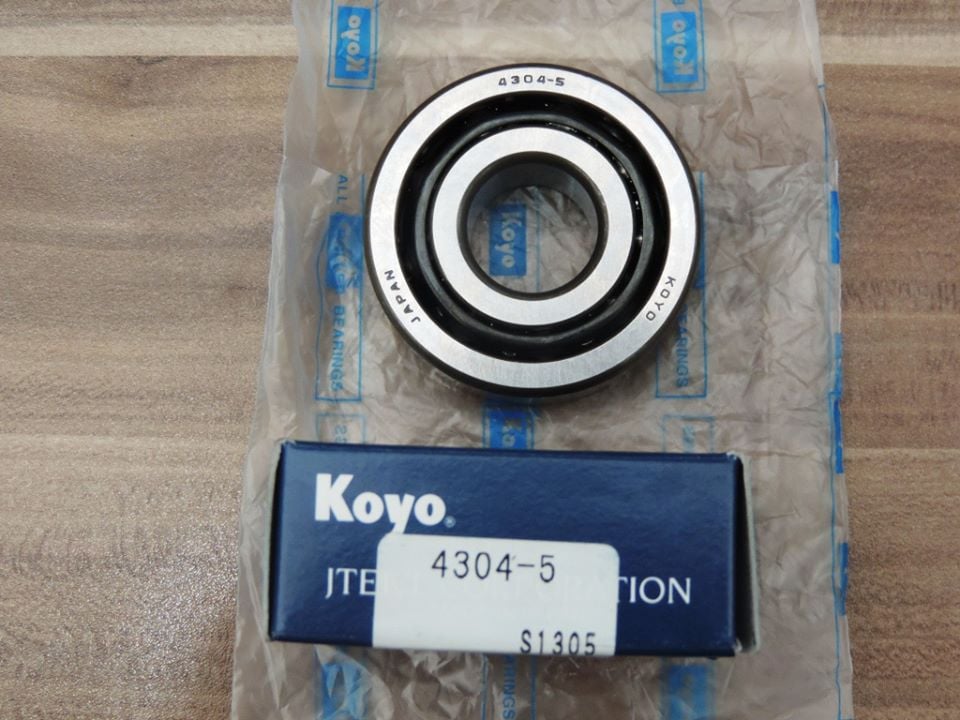 Wear failure refers to the failure caused by the continuous wear of the metal on the working surface caused by the relative sliding friction between the surfaces. Continued wear will cause gradual damage to bearing parts, and eventually lead to loss of bearing dimensional accuracy and other related problems. Wear may affect the shape change, the increase of the fit clearance and the change of the working surface topography, which may affect the lubricant or make it contaminate to a certain degree, causing the lubrication function to be completely lost, thus causing the bearing to lose rotation accuracy and even fail to operate normally. Wear failure is one of the common failure modes of various types of bearings. According to the form of wear, it can usually be divided into the most common abrasive wear and adhesive wear.

Contact fatigue failure means that the working surface of the KOYO bearing is subjected to alternating stress to cause failure. Contact fatigue spalling occurs on the working surface of the bearing, and is often accompanied by fatigue cracks. It first occurs from the maximum alternating shear stress below the contact surface, and then expands to the surface to form different spalling shapes, such as pitting or pitting spalling. Peeling into small flakes is called shallow peeling. Due to the gradual expansion of the spalling surface, it often expands to the deep layer, forming deep spalling. Deep spalling is a source of fatigue for contact fatigue failure.

The main reason for the failure of KOYO bearing is defects and overload. When the external load exceeds the strength limit of the material and the part breaks, it is called overload fracture. The main cause of overload is the sudden failure of the host or improper installation. Defects such as microcracks, shrinkage cavities, bubbles, large foreign objects, overheated tissues, and local burns of bearing parts can also cause fracture at the defect when impact overload or severe vibration, which is called defect fracture. It should be pointed out that in the manufacturing process of the bearing, the re-inspection of raw materials, the quality control of forging and heat treatment, and the control of the processing process can correctly analyze the existence of the above-mentioned defects through the instrument, and the control must be strengthened in the future. But generally speaking, most of the common bearing fracture failures are overload failures.