When the bearing is working, more or less will cause a certain degree of damage and wear due to friction, especially when the high temperature operation will even damage the bearing cage.

The first level of bearing cage damage: the budding stage where the bearing begins to fail. At this time, the temperature is normal, the noise is normal, the total amount of vibration speed and frequency spectrum are normal, but the total amount of peak energy and frequency spectrum have signs, reflecting the initial bearing failure stage. At this time, the real bearing failure frequency appears in the ultrasonic section about 20-60khz range.

The third degree of bearing cage damage: the temperature rises slightly, noise can be heard by the ear, the total amount of vibration speed increases greatly, and the bearing fault frequency and its harmonics and sidebands are clearly visible on the vibration speed spectrum. The noise level on the spectrum increased significantly, the total amount of peak energy became larger than the second stage, and the spectrum became more prominent. At this time, the frequency of bearing failure appears in the range of about 0-1khz. It is recommended to replace the bearing at the later stage of the third stage, then the rolling bearing failure characteristics such as wear that can be seen by the naked eye should already appear.

Bearing cage damage level 4: temperature rises significantly, noise intensity changes significantly, and the total amount of vibration speed and vibration displacement increases significantly. The frequency of bearing faults on the vibration speed spectrum begins to disappear, which is increased by a larger random broadband. The frequency noise level is replaced; the total amount of peak energy increases rapidly, and some unstable changes may occur. Never allow bearings to operate in the fourth stage of failure development, otherwise catastrophic damage may occur.

The causes of damage to the bearing cage are:

The intense vibration in the impact load produces the impact of the rolling body on the cage.

The bearing is not well sealed in the bearing box, and dust enters, and the friction between the rolling body and the cage is added, so that the cage is damaged.

If the bearing is installed incorrectly, the cage will be damaged during installation.

Inadequate installation, inclination, excessive interference, etc. will easily reduce the clearance, increase friction heat, soften the surface, and abnormal peeling will occur prematurely. With the expansion of peeling, foreign objects will enter the cage pocket and cause the cage The blockage of operation and the generation of additional loads exacerbate the wear and tear of the cage. Such deteriorating circulation may cause the cage to break.

Cracks, large foreign metal inclusions, shrinkage holes, air bubbles and riveting defects, missing nails, cushion nails or gaps in the joint surface of the two halves of the cage, severe riveting injuries, etc. may cause the cage to break.

The intrusion of foreign hard foreign objects or other impurities has exacerbated the wear of the cage. To solve the above reasons, the life of the bearing will be very long. The cause of many bearing damage is not the life of the bearing itself, but caused by many external environments, such as insufficient lubrication, dust ingress, incorrect installation, excessive load, high temperature, and poor coupling.

If the coupling is misaligned, the bearing is skewed and the force is uneven; the belt is installed too tight; environmental problems, etc. may damage the bearing or the cage. 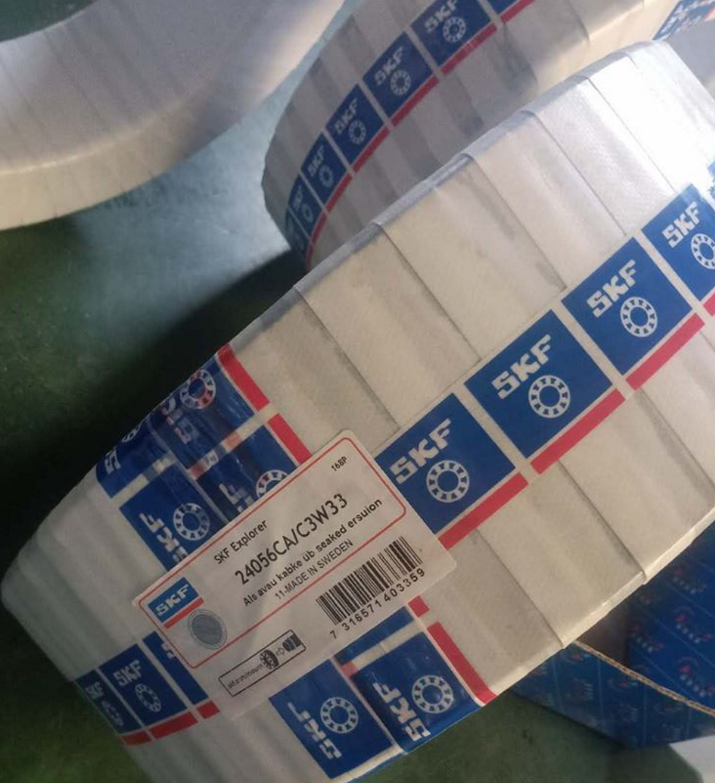 To optimize the use of cages and reduce bearing cage damage, we can analyze from two aspects:

1. Under the premise of bearing precision guarantee:

b. The threaded end is made of dense thread, which must be 100% fastened in place, and a special process is used to make the support and the cage washer always have an interference fit.

c. The pillar adopts a surface hardening treatment process to ensure the minimum wear and consumption of the rolling element and the surface of the pillar.

d. The center hole of the rolling element and the special treatment of the hole diameter guarantee a low roughness value.

e. Reasonably reduce the clearance between the center hole of the rolling element and the pillar to minimize the damage to the cage due to the start-stop impact.

b. When the force-bearing area is disassembled, the uniform force of the hoisting hole is also ensured. When encountering any blockage caused by deformation or foreign body, the hoisting and disassembly must be stopped and replaced by the press.

c. When cleaning and arranging spare bearings, be sure to carry out the assembly according to the new bearing assembly method and place the spares to avoid long-term stress deformation of the cage.