What is a sealed bearing?

Bearing non-contact sealing is a sealing method that designs a small gap between the shaft and the end cover of the bearing seat. In this way, the sealing structure does not contact the shaft, so there is no friction and wear, and it is suitable for high-speed rotation. To enhance the sealing effect, grease can be filled in the gap. Bearing non-contact seals mainly include: gap seals, oil groove seals, labyrinth seals, and oil slinger ring seals.

The gap seal is to leave a small annular gap between the shaft and the through hole of the bearing cover, the radius gap is 0.1-0.3mm, the longer the gap, the smaller, the better the sealing effect. In order to improve the sealing effect, multiple side-by-side annular grooves can be opened in the bearing cover hole and filled with grease. If it is used for lubricating oil sealing, thread grooves can be made on the hole wall of the bearing cap. The lubricating oil to be leaked out is sent back into the bearing due to the screw conveying effect. The direction of the thread grooves must be determined according to the rotation of the shaft. .

The basic principle of this kind of seal is to form a section of flow channel with great flow resistance at the seal. Structurally, a small tortuous gap is formed between the stationary part and the rotating part, forming a "labyrinth". If the "labyrinth" is radial, the axial dimension is compact, but the radial dimension is larger. If the "labyrinth" is axial, the radial dimension is compact, but the bearing cap should be split, and the axial clearance should be larger to avoid jamming due to thermal deformation of the shaft. The labyrinth seal is quite reliable for both lubricating oil and bone grease, and the higher the speed, the better the effect.

During oil lubrication, the oil leaking along the shaft gap can be thrown into the groove of the bearing cover through the centrifugal force of the oil slinger ring on the shaft, and flow back into the bearing or oil pool through the oil return hole. The sealing effect is quite reliable, in order to produce the necessary The centrifugal force, the circumferential speed of the journal should not be lower than 5-6m/s, and the slinger ring is also often used to isolate the grease in the bearing and the lubricating oil in the box.
SKF Bearing 2311 K online, click here for more information. 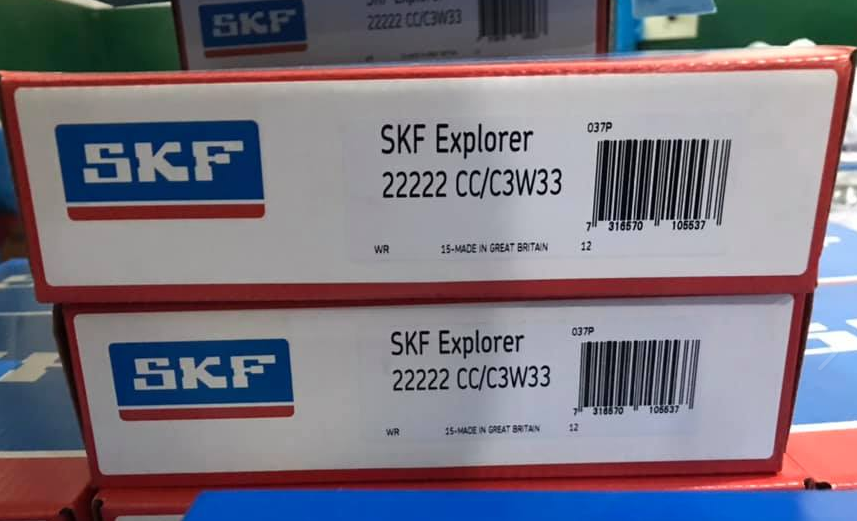 The contact seal is a sealing method in which the end or lip of the vulcanized synthetic rubber on the steel frame contacts the shaft. Its sealing performance is better than that of the non-contact seal, but the friction is huge and the temperature rise is relatively high. The contact area of the shaft and the seal ring needs to be lubricated, and the same lubricant as the bearing is usually used. Contact seals mainly include: felt ring seal, cup seal, seal ring seal, skeleton seal, seal ring seal, etc.

Open a trapezoidal groove on the bearing cover, place the fine felt on the rectangular part in the trapezoidal groove to contact the shaft, or press the gland axially to make the felt ring compressed and generate radial pressure to hug the shaft, thereby To achieve the purpose of sealing. This kind of sealing structure is simple, low cost, but the sealing effect is poor, and cannot be adjusted, and the wear is serious. It is mainly used for the grease lubrication occasions where the circumferential speed of the journal v<4-5m/s and the working temperature<90℃.

Place a sealing cup (the cup is made of rubber and other materials) in the bearing cover and press it directly on the shaft. In order to enhance the sealing effect, an annular spiral spring is used to press on the inner ring of the cup, so that the inner ring of the cup and the shaft have a tighter fit. The sealing effect is better than that of a felt ring. It is suitable for the circumferential speed of the journal v<6 ~7m/s grease moisturizing bone or lubricating oil, the disadvantage is that the cup rubber is easy to harden and easy to wear. When using, pay attention to the direction of the sealing flange of the cup. To prevent oil leakage, the flange of the cup should face the bearing. If you want to prevent the intrusion of impurities, the flange of the cup should face away from the bearing. If the requirement is high, it can be used in pairs. .

The sealing ring is usually made of leather, plastic or oil-resistant rubber, and can be made into different cross-sectional forms according to needs. The cross-section of the 0-shaped sealing ring is circular, which is pressed on the shaft by its own elastic force, with simple structure and convenient assembly and disassembly. Also commonly used are seal rings with J-shaped and U-shaped cross-sections, both of which have a lip-shaped structure. The direction of the sealing lip should face the sealed part, which is similar to the direction of the flange in the cup seal. When the temperature is high and the speed is high, it is best to install the sealing lip away from the bearing. The sealing effect of the sealing ring is better than that of the felt ring, and it can be used for sealing with grease and oil. In order to improve the sealing effect, the contact part of the journal and the seal pattern should be surface hardened (HRC>40) and polished or polished to enhance wear resistance.

The skeleton seal we often say is the improvement of the cup seal. In order to improve the overall strength of the cup seal, a metal lining with an L-shaped cross section and an overall ring shape is installed in the oil-resistant rubber to prevent the cup seal from being deformed and improve use. Life, this kind of seal is easy to install and has good performance. It is generally suitable for occasions where the circumferential speed of the journal v<7m/s. At present, most centrifugal pump bearing boxes adopt skeleton seals.

This is a ring-shaped seal with a gap. It is placed in the ring groove of the sleeve. The sleeve and the shaft rotate together. The seal ring is pressed against the static part by the elasticity of the gap after being compressed. The wall of the inner hole can play a sealing role, which is more complicated.

When selecting the bearing seal structure, the main considerations are: lubricant, that is, whether it is lubricating oil or grease; linear velocity of the seal; shaft installation error; installation space size and cost.

Eric Bearing Limited provides bearings are of excellent quality and competitive price, and are exported to countries all over the world. In the past ten years of development, the business has developed in more than 60 countries around the world. Hope there will be more in the future. Of customers cooperate with us and develop together.