Source:  skf bearing  Time:  2020-12-01
1. Contact fatigue failure
Contact fatigue failure refers to the failure of the working surface of SKF imported bearings subjected to alternating stress. Contact fatigue spalling occurs on the working surface of SKF bearings, and is often accompanied by fatigue cracks. First, it occurs from the maximum alternating shear stress below the contact surface, and then expands to the surface to form different spalling shapes, such as pitting or pitting spalling. , Peeling into small flakes is called shallow peeling. Due to the gradual expansion of the spalling surface, it often expands to the deep layer, forming deep spalling. Deep spalling is a source of fatigue for contact fatigue failure.
2. Wear failure
Abrasion failure refers to the failure caused by the continuous wear of the metal on the working surface caused by the relative sliding friction between the surfaces. Continued wear will cause the gradual damage of SKF bearing parts, and eventually lead to the loss of SKF bearing dimensional accuracy and other related problems. Wear may affect the shape change, the increase of the fit clearance and the change of the working surface topography, which may affect the lubricant or make it contaminate to a certain degree, causing the complete loss of lubrication function, thus causing the SKF bearing to lose rotation accuracy and even fail to operate normally. Wear failure is one of the common failure modes of various types of bearings. According to the form of wear, it can usually be divided into the most common abrasive wear and adhesive wear.
Abrasive wear refers to the wear caused by external hard particles or hard foreign matter or metal surface wear debris between the working surfaces of SKF bearings and the relative movement of the contact surfaces. It often causes furrow-like scratches on the working surface of the bearing. Hard particles or foreign matter may come from the inside of the main engine or from other adjacent parts of the main engine system and are fed into the SKF bearing by the lubricating medium. Knowledge of SKF bearing accuracy errors. Adhesive wear refers to the uneven force on the friction surface due to microscopic protrusions or foreign objects on the friction surface. When the lubrication conditions are severely deteriorated, the local friction generates heat, which can easily cause local deformation of the friction surface and friction microscopic welding. At this time, the surface metal may be partially melted, and the force on the contact surface tears the local friction welded point from the substrate and increases the plastic deformation. This adhesion-tear-adhesion cycle process constitutes adhesive wear. Generally speaking, slight adhesive wear is called abrasion, and severe adhesive wear is called bite.
3. Fracture failure
The main reason for the failure of SKF bearings is defects and overload. When the external load exceeds the strength limit of the material and the part breaks, it is called overload fracture. The main cause of overload is sudden failure of the host or improper installation. Defects such as microcracks, shrinkage cavities, bubbles, large foreign objects, overheated tissues, and local burns of bearing parts can also cause fracture at the defect when impact overload or severe vibration, which is called defect fracture. It should be pointed out that in the manufacturing process of SKF bearings, the re-inspection of raw materials, the quality control of forging and heat treatment, and the control of the processing process can correctly analyze the existence of the above-mentioned defects through the instrument, and the control must be strengthened in the future. But generally speaking, most of the common SKF bearing fracture failures are overload failures.
4, the clearance change fails
SKF bearing in the work, due to the influence of external or internal factors, the original fit clearance is changed, the accuracy is reduced, and even the "seize" is called the clearance change failure. External factors such as excessive interference, improper installation, expansion caused by temperature rise, instantaneous overload, etc., internal factors such as retained austenite and residual stress in an unstable state are the main reasons for the failure of clearance changes.
Click here for more details about SKF Bearing 6314-2Z/C3. Welcome to visit our website. 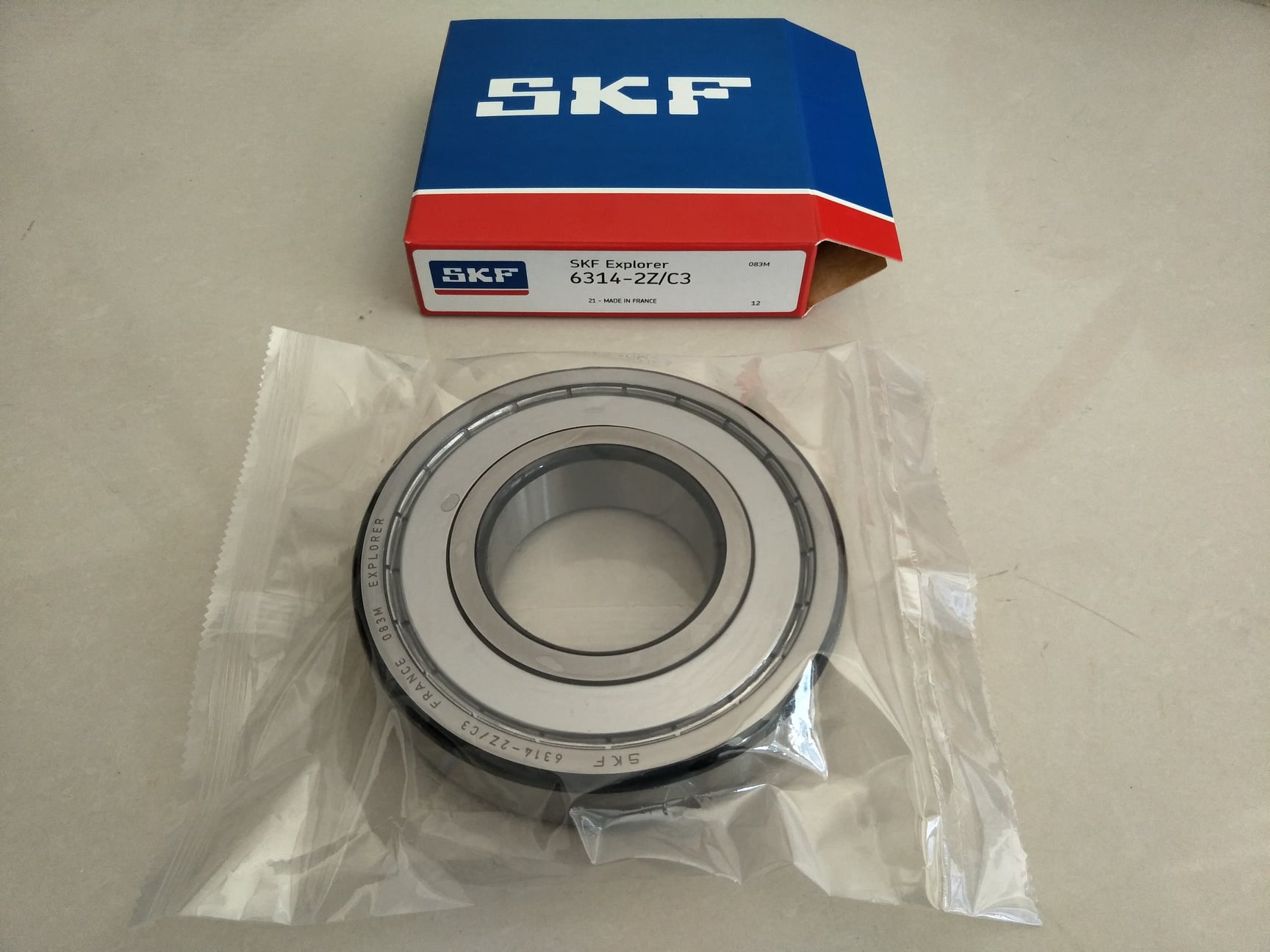