Causes Of Failure To Use Anti-rust Grease

As we all know, the SKF brand is very famous in the bearing industry, but we must pay attention to many details, especially the selection of anti-rust grease is very important, and the implementation of anti-rust technology also affects the quality of SKF bearings.

In practical applications, it is often encountered that the use of anti-rust grease can not achieve the expected anti-rust effect, or even accelerate metal corrosion. The reason can be checked from the following aspects.

Cleaning: As the cleaning is not clean, there is moisture, hand sweat or salt on the metal surface, and the anti-rust oil used lacks sufficient replacement, so there is a hidden danger of corrosion. Some use solvent gasoline as the cleaning material, no replacement anti-rust oil is added to the solvent gasoline, and it is in a high-humidity climate when cleaning, and condensation will occur on the metal surface, even before the anti-rust oil is applied. It has been corroded. If you apply oil directly without treatment, it will inevitably lead to corrosion of the product. There are also rust prevention in time after cleaning, which will cause the product to rust before being oiled.

Heating: Some anti-rust greases are thick and cannot be dipped or brushed at room temperature. They need to be heated and melted before use. If it is not heated according to the specified temperature or operated at a high temperature for a long time, some additives will be decomposed into harmful corrosive agents. This rust-proof oil not only loses its rust resistance, but also becomes a corrosion accelerator. Therefore, when heating, the temperature must be controlled according to the regulations, and the high temperature or overtemperature cannot be maintained for a long time. When not in use, the heating should be stopped to prevent the anti-rust grease from deteriorating, thereby ensuring the anti-rust effect.

Coating method: When coating anti-rust grease, the grease must be thin and uniform. If the oil film is too thick or the coating is uneven, it will cause the rust resistance of the thin film on the metal surface to be very good, and the non-uniform oxygen concentration battery will cause corrosion in the thick film. When dip coating anti-rust grease, because there is a large amount of oil before the oil is drained, it will be packaged, causing corrosion in places where there is a lot of oil; if a trace of rust is found, it is mainly caused by uneven or missing brush during painting ; When spraying, it will also cause uneven oil film or leakage spray. Therefore, when applying anti-rust grease, the oil film must be thin and uniform, and can not be missed to prevent corrosion. The metal parts that heat the oil seal must be cooled to room temperature before packaging, otherwise it is also prone to corrosion.
Eric Bearing Limited provide SKF Bearing 6306-2RS1. 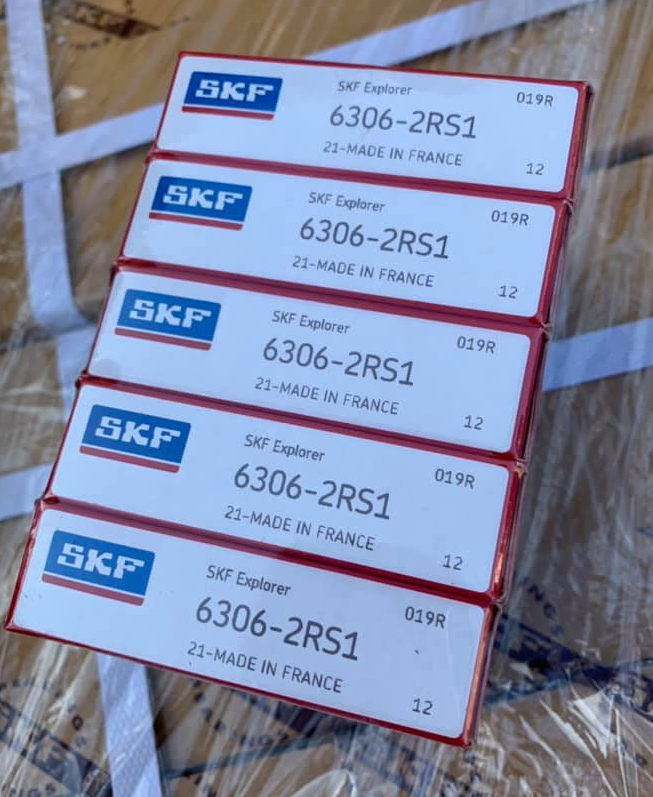 If the quality of the packaging material is not good, the wrong choice or improper use will also make the rust prevention invalid. If the packaging material does not meet the quality requirements and the sealing is poor, the purpose of sealing and sealing cannot be achieved. For example, gas phase corrosion inhibitors are very selective for metals. When using gas phase paper, they must be selected according to the metal, otherwise it will promote metal corrosion. In addition, when using anti-rust paper, the rough surface is not in contact with the metal surface, so it cannot be used. To the expected effect; some plastic containers can also evaporate corrosive gases, which must be used with caution; the type of wood used in the packaging wooden box, the degree of wet and dry, and the paint used have a certain impact on metal parts, and even Very serious impact. Therefore, when using packaging materials, it is necessary to select appropriate packaging materials in accordance with the specific circumstances to prevent product corrosion caused by improper packaging material selection or use.

A high-quality bearing is decided by many aspects. SKF bearings have done very well in all aspects, and they have gained the reputation now. Customers with SKF bearing needs, please click here to contact us.