Analysis Of Bearing Life And Limit Speed During Use

Source:  skf bearing  Time:  2021-07-06
1. Tolerance selection and control of shaft and bearing chamber: SKF imported bearings should rotate flexibly without any sense of blocking after being pressed into the bearing. If there is obvious inflexible rotation, it indicates that the size of the shaft is too large and the tolerance needs to be lowered. If the bearing is pressed into the shaft and turned by hand and there is an obvious sense of "sand", it may be that the tolerance of the shaft is too large or the roundness of the shaft is not good. Therefore, when controlling the tolerance of the shaft and the bearing chamber, the roundness must be controlled. At present, many domestic manufacturers only control the tolerance, but do not control the roundness.
2. The assembly method of the bearing: Because the bearing is a high-precision product, it is easy to cause damage to the SKF imported bearing track if it is improperly assembled, resulting in damage to the bearing. When assembling the bearing, there should be a special mold, which can not be knocked at will. When pressing into the shaft, only a small circle can receive force, and when a large circle is pressed, only a large circle can receive force. When assembling, it is required to use air pressure or hydraulic pressure. When pressing, the upper and lower touch should be outside the horizontal state. If there is an inclination, the bearing channel will be damaged due to the force, which will cause the bearing to produce noise.
3. Prevention of assembly foreign matter: When the bearing is installed on the rotor for dynamic balance, it is easy to enter the iron filings generated during the dynamic balance into the bearing, so it is best to perform dynamic balance before installing the bearing. For the convenience of assembly, some manufacturers apply some oil or grease to the bearing chamber for lubrication effect during assembly. However, it is often difficult for operators to control the amount. If a large amount of oil or grease accumulates in the bearing chamber, it will be very difficult when the bearing rotates. It is easy to enter the inside of the bearing along the shaft. It is best not to coat the bearing room with oil or grease. If it is absolutely necessary, it must be controlled not to accumulate in the bearing room.
4. Prevention of lacquer rust: The characteristic of lacquer rust is that it mostly occurs in sealed motors. The sound of the motor is very good during assembly, but after some time in the warehouse, the abnormal noise of the motor becomes very large. Remove the bearing. Severe rust phenomenon. In the past, many manufacturers thought it was a bearing problem. After our continuous publicity, now the motor factory has realized that it is mainly the problem of insulating paint. This problem is mainly because the acidic substance volatilized from the insulating paint forms corrosive substances at a certain temperature and humidity, which causes the bearing to be damaged after the SKF imported bearing groove is corroded. At present, the problem can only be to choose a good insulating paint, and ventilate for a period of time after drying and assembly.
Bearing life refers to the total number of revolutions or the number of hours of operation at a certain speed before any component in the bearing shows signs of fatigue, peeling, and expansion. 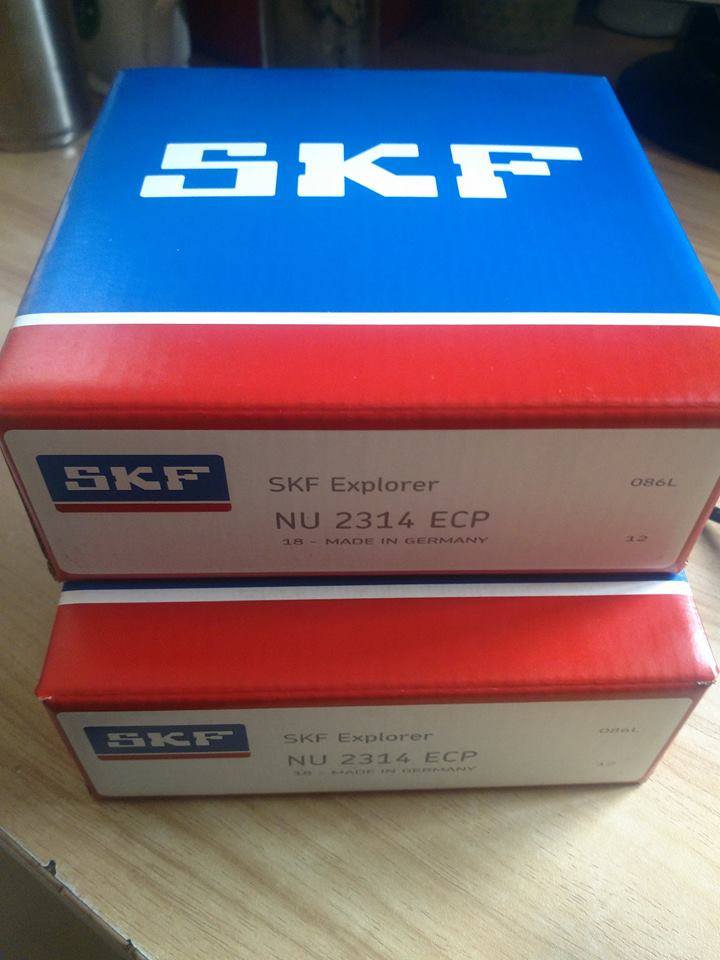 When the speed of imported SKF bearings is too high, high temperature will be generated between the friction surfaces, which will affect the performance of the lubricant and damage the oil film, which will result in tempering of the movable body or failure of the bonding of the components.
The limiting speed of the bearing refers to the speed value when the bearing reaches the maximum thermal equilibrium temperature that can be withstood under certain working conditions. The working speed of the bearing should be lower than its limit speed.
The limit speed values ​​given in the bearing function table are determined under the premise of grease lubrication and oil lubrication, and are only applicable to 0-level tolerance, normal lubrication and cooling, matching with rigid bearing seats and shafts, bearing load P≤0.1C (C is the basic dynamic load rating of the bearing, the radial bearing is only subjected to radial load, and the thrust bearing is only subjected to axial load).
When the bearing load P>0.1C, the contact stress will increase; when the Koyo imported bearing is subjected to a combined load, the loaded moving projectile will increase, which will increase the friction between the bearing contact surfaces and deteriorate the lubrication state. At this time, the limit speed value should be corrected.
Pre： Axial Clearance Test Of Roller Bearing
Next：Basic Concepts And Terms Of Rolling Bearings